A Piece of Rock History

A Piece of Rock History

Not many groups can say they have been together for over fifty years, yet the Rolling Stones have achieved this remarkable landmark in rock history. They came together in London way back in 1962 and quickly established themselves in the first wave of British bands to invade the United States in 1964.

Since then Mick Jagger and the guys have survived the death of former guitarist Brian Jones and departure of bassist Bill Wyman. From 1962 to present day they have produced 30 studio albums, 23 live albums, 25 compilations and around 120 singles earning them fourth place in the best selling groups of all time. 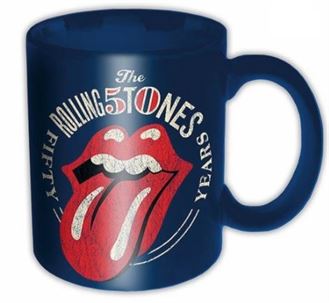 Now you can own your very own piece of rock history with this amazing Rolling Stones 50th Anniversary mug complete with presentation box. Authentic licensed product only £6.99 with Free UK Shipping.