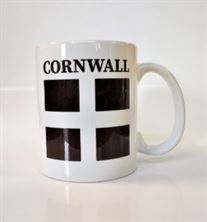 Its rugged coastline and wild moorland have played a major role in the history of this Celtic land. Steeped in legend and mystery, Cornwall as long been a magnet for artists, writers and filmmakers.

Recognised as an area of outstanding natural beauty, Cornwall was settled by The Celts who came across from what we know today as Brittany when a land bridge connected Britain and europe who founded the county’s unique cultural identity. The Romans only ventured a s far as Exeter as beyond was considered too wild and no viable ports could be established along it’s rocky coastline.

This remoteness combined with the treacherous coast played a big role in the rise of smugglers keen on avoiding import taxes on spirits and other goods.

Copper and tin were mined in Cornwall from the Bronze Age upward and with the invention of steam engines the process of mining tin grew enormously and many tin mines appeared throughout the county. However, such intensive mining soon exhausted any natural reserves resulting in hardship for many miners who took their skills to other countries such as South Africa and Australia. Today those former tin mines are an attraction for visitors who sustain Cornwall’s thriving tourist industry who come to see the famous artists colonies of Newlyn and St Ives popularised by Stanhope Forbes, Ben Nicholson and Barbara Hepworth.

In April 2014, The European Parliament granted the Cornish minority status under the European Framework Convention for the Protection of National Minorities which means the Cornish will have the same status as Scotland, Wales and Ireland and the flag of St Piran allowed to fly over public buildings.

You can celebrate all that is Cornish with this Cornwall mug which bears the Flag of St Piran and Cornwall on one side and the county of Cornwall outline with the words Kernow Onen hag oll (Cornwall One and All) on the other from https://www.galaxyxtra.com/cornwall-mug.html