Here We Are Now. Entertain Us!

Here We Are Now. Entertain Us! 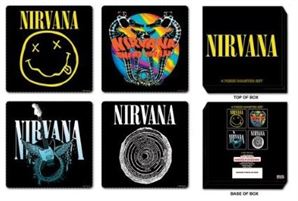 Influenced by both Punk Rock and Heavy Metal, gritty guitar based bands began to emerge from Seattle’s music scene of the late 1980s. It’s angst filled lyrics, not shy of social comment, and laced with the introspection, combined with raw distortion filled guitar riffs, the sound soon gained the tag Grunge.

By the early 1990s the genre rose in popularity amongst young followers who tapped into Grunge’s themes of self doubt, social alienation and emotional isolation. Bands like Alice in Chains, Soundgarten and Pearl Jam released influential albums during this period, but non epitomised Grunge like Nirvana.

Formed in 1987 by lead singer and guitarist Kurt Cobain and the band’s bassist Krist Novoselic, the band put out albums on the indie label Sub Pop which brought the band to the attentions of DGC Records who wasted no time signing them. 1991 saw the classic ‘Nevermind’ album released which soon gained critical acclaim. ‘Smells Like Teen Spirit’ the first single from the album became the focus of a generation and Cobain hailed has their spokesman. Intensive touring followed as did three more albums Incesticide, Hormoaning and Utero which went straight to number one on the Billboard 200 chart.

Sadly Utero was to be the band’s last album after Cobain tragically took his own life following a stint in rehab for heroin addiction. Nirvana still continue to be a big influence on bands today and the Band’s drummer, Dave Grohl has gone on to success as the front man of The Foo Fighters.