Is This a Man’s World?

Is This a Man’s World? 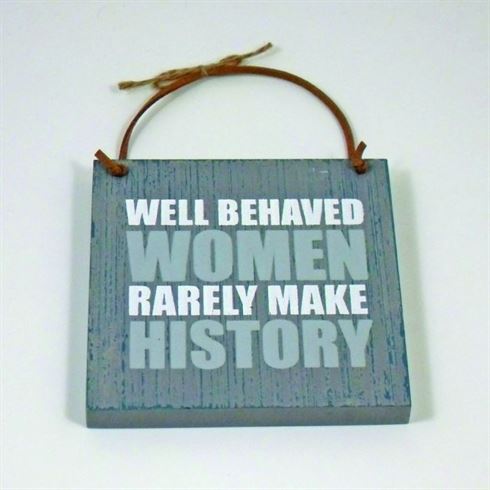 Throughout history there have been many people who have broken the mould and done immense things. Acts of courage, daring, ingenuity and creativity. In every culture, in every corner of the globe there are those who step forward and change the world.

Has James Brown’s song points out ‘This is a man’s world’, and so greatness as traditionally been bestowed upon the males of our species. But Brown concludes ‘It would be nothing, nothing without a woman or a girl’. Anyone who ever got somewhere as had to struggle to achieve their potential, but for women that mountain has been so much harder to scale has human hierarchy always put the male in the driving seat.

But there have always been women who were not going to accept their lot and rose above everyone, including men, to achieve success. Going back to Britain’s iron age Celtic days a rebellion was led against the occupying Roman’s by the flame haired Boudica, Queen of the Iceni. Although the Celtic Queen failed, her legend lives on. In France there was Joan of Arc. Again, a woman who led armies against invaders. The ‘Virgin Queen’, Elizabeth I also had to have great strength of character to deal with all the conniving of court and the Spanish Armada.

More recently we have had Emmeline Pankhurst who campaigned for women’s suffrage and the right to vote. In literature the Bronte sisters had to write under male pseudonyms to get their work published. In the cycling world Beryl Burton is considered the best female cyclist of all time breaking several distance records, some that still remain intact to this day.

Barriers are slowly being dismantled, but there is much work to be done before true equality can be said to have been achieved. One thing all these great women learned is that nothing comes to she who waits. Has this fabulous little hanging plaque points out ‘Well Behaved Women Seldom Make History’!. See further on: www.galaxyxtra.com/well-behaved-women-wooden-hangers.html