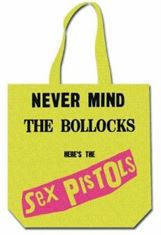 The mid 1970s was an amazing place to be if you were a teenager. While your older brother was into Genesis and Yes, and sitting around in fields those of us who were just a tad younger couldn’t identify with it. The musicians of Prog - Rock were very accomplished, many up to classical level. There idea was that if you couldn’t achieve that standard then just don’t even begin.

Economically and politically things were changing in the UK and the music scene was becoming anarchic. The U.S already had its own Punk scene which was epitomised by groups such as The Ramones, Talking Heads and Blondie, but their motivation was not as charged as what was about to happen over in Blighty.

A young Malcolm McClaren had recently returned from the States where he had unsuccessfully tried to get the New York dolls career re-started with a view to them marketing his clothing lines. McClaren’s fashion shop SEX had attracted a firm following among the young who were keen to embrace the DIY creative element of his fashion.

It was here that the Sex-Pistols were formed fronted by the menacing John Lydon (AKA Johnny Rotten) Lydon, Glen Matlock, Steve Jones and Paul Cook were the vanguard of Punk who opened the door for others to follow like The Clash, The Damned, X-Ray Specs, Generation-X and Souxie and the Banshees.

The genre totally rejected the establishment. Industrial unrest and rising unemployment helped focus a belief that there was no No Future in the old order. Politically charged lyrics took root in many Punk followers and although the sub-culture was not so wide spread, the message and belief that you could do anything you wanted to do took root within the youth of the UK.

There were also other bands and musicians who had been writing music which was not able to be heard in the stranglehold of mid to late seventies prog and pop. Bands like The Stranglers, Stiff Little Fingers and Elvis Costello were able to get through the rift created by Punk. These were the New Wave and Indie record labels soon challenged the big boys.

Relive this amazing era and turn a few heads with this bright Sex Pistols cotton tote bag available from: https://www.galaxyxtra.com/the-sex-pistols-cotton-tote-bag-never-mind-the-bollocks-with-zip-top.html