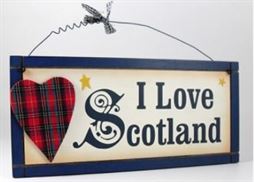 It can boast Britain’s third oldest university (St Andrew’s 1410) and St Andrew’s the ‘Cathedral of Golf’ is regarded as the oldest golf course in the world. It’s ‘firewater’ Scotch Whisky is exported the world over.

Steeped in Celtic culture and traditions, its rugged Highland’s and deep lochs, steeped in legend continue to attract visitors from all nations. In 2018 the sound of the pipes attracted a total of 3.4 overseas visitors, generating an impressive £2.4 billion in revenue. Up by 29% on 2017. Visitor numbers from across the UK were also up by 11% on the previous years figures.

While the UK as a whole saw a drop of around 2% in visitors from across Europe, Scotland bucked the trend with 29% more visitors from Europe. While England and Wales returned a verdict to leave the EU in the 2016 referendum, Scotland backed remain 62% to 38%. Overseas visitors, especially from the EU feel less welcome in England as Brexit continues to paralyse the UK, where has Scotland’s pro EU result may be the reason visitors have opted to venture north of the border?

If you are missing Bonnie Scotland there are some amazing Scottish themed products available from www.galaxyxtra.com/i-love-scotland-wooden-scottish-plaque.html.