Sheena Was A Punk Rocker

Sheena Was A Punk Rocker 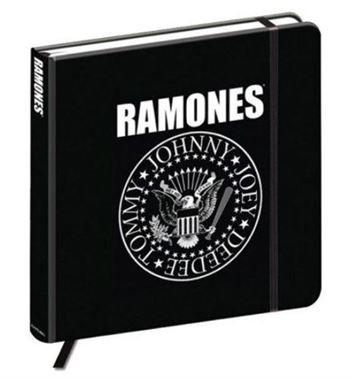 Often hailed as ‘the first punk rock band’, the Ramones came out of New York’s Queen’s area in 1974… Never a big unit shifter, but the Ramones influence was felt across the USA and in the UK. Their main influences came from the garage rock scene of the early seventies. That and a smattering of girl bands and sixties surf sounds. Stringing out some long rapsody wasn’t in the Ramones DNA. They embraced the three minute single thrashed out with three chord energy.

The band comprised of Joey Ramone (Vocals) Johnny Ramone (Guitar) Tommy Ramone (Drums) and Dee Dee Ramone (Bass). Not an actual family relationship, each member traded their actual surnames for that of the band name. Sadly they lived life like their music, fast and at full throttle and died relatively early. The last of them Tommy Ramone passing away in 2011.

Not a punk band like the Sex Pistols with their DIY fashion and spiky haired look, The Ramones were more indie rockers…. These days Ramone T-Shirts seem to have become a fashion accessory. Their ‘Presidential Seal’ logo adorning the racks in certain high street department stores. For anyone new to the band who wants to discover the music behind the T-shirt you could do no worse than getting your ears around these three classics… Ramones (1976), Rocket To Russia (1977) and Road To Ruin (1978), littered with hits such as Blitzkrieg Bop, I Wanna Be Sedated and my all time favourite Sheena Was a Punk Rocker.

If you are wanting to add to that T-shirt and want to get your own lyrics down on paper why not go for this ace Ramones notebook via www.galaxyxtra.com/ramones-notebook-presidential-seal.html. Guaranteed to inspire you to write some amazing lyrics.